At a party on March 12, Kickstart Your Writing students unveiled their new anthology Who’s Your Family?.  Photos of the fun event are posted below.

Sarah Retzer is one of the writers who contributed to the anthology. A digital whiz, she also formatted the book. 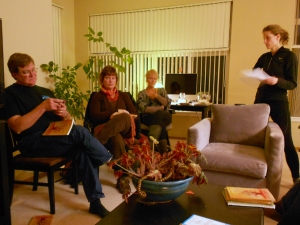 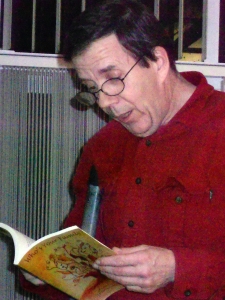 Dave Kings reads from Who's Your Family?.

Mark Robben reads from Who's Your Family?.

June Selis reads her story, "The Little House on Silverton Road," which appears in the anthology. A visual artist, June also created the book cover and illustrations.